By Andrea MontgomeryAugust 18, 2021No Comments 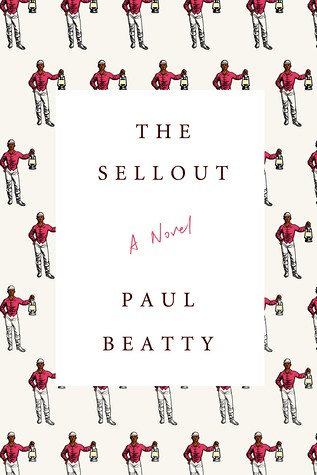 “This may be hard to believe, coming from a black man, but I’ve never stolen anything. Never cheated on my taxes or at cards. Never snuck into the movies or failed to give back the extra change to a drugstore cashier indifferent to the ways of mercantilism and minimum-wage expectations. I’ve never burgled a house. Held up a liquor store. Never boarded a crowded bus or subway car, sat in a seat reserved for the elderly, pulled out my gigantic penis and masturbated to satisfaction with a perverted, yet somehow crestfallen, look on my face. But here I am, in the cavernous chambers of the Supreme Court of the United States of America, my car illegally and somewhat ironically parked on Constitution Avenue, my hands cuffed and crossed behind my back, my right to remain silent long since waived and said goodbye to as I sit in a thickly padded chair that, much like this country, isn’t quite as comfortable as it looks.”

A nd there you have it. As you devour the satirical genius of The Sellout, remember that line:

‘a thickly padded chair that, much like this country, isn’t quite as comfortable as it looks’

…and you’ll understand exactly where Paul Beatty is coming from.

Born and raised on a farm in the ghetto neighbourhood of Dickens which lies on the outskirts of Los Angeles, our narrator, Bonbon, spends his childhood as the reluctant subject of his sociologist father’s controversial, racially-charged experiments. Left penniless after his father’s death, he sets out to right a wrong – the disappearance of Dickens from the map. Enlisting the help of the town’s former child star, Hominy Jenkins, our hero initiates a series of bizarre, yet somehow logical, actions that see him reintroducing slavery and racial segregation. His appearance at The Supreme Court is inevitable.

Like witnessing an accident, in The Sellout, Beatty shows us the bizarre world of Dickens and its singular residents, particularly our hero’s father, Carl Jung, who places Bonbon at the centre of his unorthodox experiments designed to, as he puts it, ‘unlock the keys to the Black man’s mental freedom’. Psychologically-scarred yet remarkably upbeat, our hero wanders through life in a perpetual haze of weed, keeping his pecuniary head above water by growing and selling square watermelons that allegedly taste better than any watermelon has ever tasted.

I’ve talked before about books that make me laugh, alluding to Russell Brand’s Revolution as laugh-out-loud-funny but The Sellout re-set the bar to an all-time high. Not only did I laugh out loud, on multiple occasions I had to put the book down while I wiped tears from my eyes and tried to compose myself. If Paul Beatty was a stand-up comic he’d be Richard Pryor. But he’s not, he’s a brilliant storyteller whose beat-perfect timing and art of understatement has to be read to be believed. I’m not going to quote any text (the opening of this review is from the Prologue) because I don’t want to deprive you of the pleasure of discovering those for yourself. In fact, having flicked back through some pages while writing this review, I found myself sucked right back in to the book and had to employ strong willpower to get back to the task in hand.

Just glancing at the Chapter titles: The Shit You Shovel, The Dum Dum Donut Intellectuals, Too Many Mexicans and Unmitigated Blackness, should give you some clue as to the tone of this novel. A sharp, acerbic, hilarious and, I suspect, more accurate depiction of the hypocrisy of racial equality in the United States today, you’re unlikely to encounter.

Just please don’t tell me that the racist language is upsetting your politically-correct sensitivities because I’m very likely to metaphorically scream back at you, “That’s the whole bloody point!” or something similar. I told you, remember that line in the Prologue.

I rarely re-read books, there are just too many good books out there waiting to be read for that, but The Sellout will be an exception. I might just dip back in again right now…