By Andrea MontgomeryNovember 29, 2021No Comments 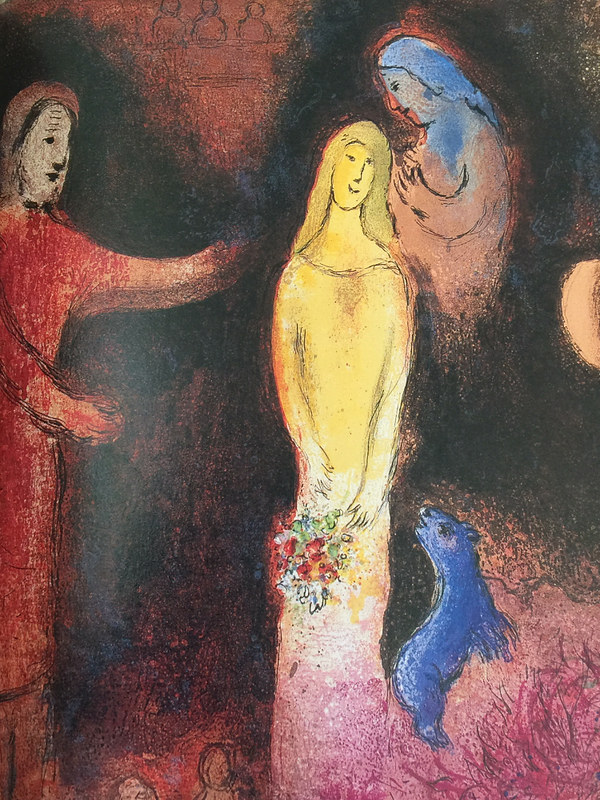 I’m sitting on the circular bed, watching Mum as she applies her make-up in the huge mirror with its halo of light bulbs. This room is full of mirrors; one whole wall consists of mirrored doors which lead to the dressing room and en suite bathroom. There’s a huge mirror on the ceiling, above the bed; when I lie down and look up I can see myself and it makes me dizzy.

“Gemma’s put her mum’s picture into the frame decorated with shells.”
“Hmm?”
“Gemma, she’s put a photograph of Pauline into the frame they decorated. Remember? I showed it to you.”
“Yes, darling?” She’s leaning forward now, the lip brush lightly dancing over her lower pout.
“She collected the shells from the beach when they went to Devon last year.”
“Who’s in Devon, darling?”
“Gemma!”
“Oh, Gemma, yes, right. What are your plans for this afternoon, Poppy?”
“I’m going to Gemma’s.”
“Again? You spend so much time there. Pauline must be sick of the sight of you.”

She’s on her feet now, bending forward until her long dark hair falls from the nape of her neck over the back of her head. Then she flips up quickly, her hair flying in an arc over her head and settling on her shoulders. She does this manoeuvre several times, spraying a light mist over the hair each time as it falls, and adjusting the sides so that they stand out slightly from her jaw, revealing the diamond studs in her lobes.

“What on earth has Gemma got in her house that you haven’t got here?”
“Nothing.”
“Poppy, pass me that gold top would you please, darling.” Now she’s taken her dressing gown off and she’s standing in just her jeans, still adjusting the sides of her hair. I pass her the top and she slips it over her head. It flows over her shoulders and breasts, crawling down her stomach like molten gold and setting beautifully on her cool, slim hips. She checks herself in the mirror, turning through every angle, forward and back, from side to side, ensuring flawless perfection for every lens.
“What time will you be home?”
“I’ve no idea, darling, you know how long these things go on for. Sadie’s cooking for you.”
“She doesn’t need to, I’ll eat at Gemma’s.”
“Sadie could cook for you both here.”
“No thanks, we have things to do.”
“Things to do? What on earth can you both find to do in that pokey little house?”
I don’t answer her, she isn’t listening anyway. She’s gone into her dressing room and is busy trying on jackets.

Outside, a car horn beeps; she ignores it. Then it beeps again.
“Yes alright, I’m coming!” She shouts to nobody in particular. Her perfumed profile sweeps past me, offering me her perfectly shaded cheekbone but withdrawing it before I can make proper contact with my lips. Then she blows me a kiss. “Be good, darling, have fun!” And she struts out of the room.

I listen to the click, click of her heels on the Italian tiles in the hall, then I watch out the window as she climbs into the back of the car and it coasts silently along the expanse of the drive to the gate, where the security men salute it as it passes. The usual crowd of photographers and fans surge forward as the car clears the gates. There are camera flashes and jostling and cries of:

I recognise many of the faces in the crowd as they turn to look up at the house in the brief seconds they are afforded a glimpse before the heavy oak gates swing shut. They are here every day that she is here and sometimes even when she’s not here, when she’s on location, working. They want to glimpse something of her beyond the screen and the celebrity magazine pages; they want an insight into her world. They yearn to be noticed by this Venus they have chosen to orbit; you can see the hope in their faces, that one of these days she’ll catch sight of them in the crowd and say:

But it’ll never happen; she has no room in her life for mere mortals.

It has always been the same, as long as I can remember; I have been the envy of all my friends for being her daughter. I’ve had to learn how to make judgements quickly and accurately, as to who was really my friend and who just wanted to meet Mum. Not that they ever did, security was too tight for that. There had been a load of hassle before I was allowed to go to Gemma’s house; security men had interviewed her mum and searched the house, then they’d interviewed the neighbours and searched the surrounding area. Even now, I have to be escorted to Gemma’s door and there are always security guys hanging around the green until I leave and they take me back in the car and safely disgorge me, duty done.

Gemma’s the only real friend I’ve got. She lives in the third cottage from the pub in the row of Weavers’ Cottages that line the village green. Gemma’s bedroom is at the back of the house, overlooking the garden centre where Mark works. We sit for hours at her window watching as Mark pots up the seedlings or waters the plants or moves the perennials according to the season. Mark is eighteen years old and has worked at the garden centre since he left school two years ago. Both Gemma and I are in love with Mark.

Gemma’s mum said I could call her Pauline because Mrs Grice makes her sound old and she doesn’t like that. Pauline is beautiful; she is tall and slim with teasing eyes and a wicked smile. She and Gemma chat constantly about boys, and music, and clothes, and things that they’ve done together, like the shells on the ‘photo frame.

Pauline has soft skin on her face which I kiss goodbye every time I’m going home. She has brown hair that does exactly as it pleases without reprimand; sometimes, she lets Gemma brush it and I watch, experiencing the same emotions my friends exhibit on the rare occasions Mum comes in the Landcruiser to collect me from school.

“Hi, girls, what have you two been up to all afternoon?” Pauline is baking. She has her hands in a large bowl of flour and she is kneading the mixture between her fingers. The kitchen work surface is covered with flour and there is a batch of scones cooling on a rack by the window. Her hair must have been up to its usual tricks because she has a tell-tale streak of flour where her blusher should be.
“Oh, nothing much.”
“So, what’s he wearing today?” Pauline looks over her shoulder at us and grins. Gemma and I pretend we don’t know who she means, then we start giggling.
“His dark blue Matrix T shirt.” Gemma pretends to swoon.
“Oooh, he looks gorgeous in that.” Pauline mimics the dreamy voice Gemma used when she first saw Mark wearing the garment in question, and we all laugh.

Gemma is pushing a sultana along the counter through the flour, creating a snow plough furrow in a figure of eight. “Can Poppy stay for tea, Mum?”
“Is that okay with your mum, Poppy?”
“Yeah, she’s out anyway. Some film premier or party or something.”
“What’s she wearing, Poppy?” Pauline wipes the flour from her hands with a towel and slides onto a stool next to Gemma. Then they both listen, elbows on the counter, chins resting in the heels of their hands, as I describe Mum’s outfit in detail: the Moschino jeans, the Dior top, the Manolo Blahnik shoes, The Gucci jacket.
“She’s so beautiful, your mum.” Says Pauline, plunging her hands back into the bowl.
“Yeah, I know.”
“Steak and kidney pie all right for tea, Poppy?”
“Yes please! Brilliant!”

Later that night I’m in bed and I’m staring at the photograph in its shell frame which I’ve put on my bedside table under the lamp. Gemma said I could borrow it for a couple of days as I said I liked the shells. I remember the conversation Gemma and I had earlier:

“Of course he’ll fall in love with you; you’re rich and have a film star mum.”

As my eyes droop closed, I know he’ll fall in love with Gemma, she has so much more than I do.